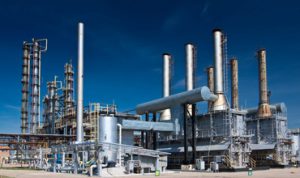 There was good news announced this month about a new initiative being considered between political leaders to push forward with a proposed new investment in rail transport linking Benin and Niger as part of a revitalised West African network that will also see connections with Burkina Faso and Côte d’Ivoire.

The proposed project is said to interest a number of West African countries.

“We discussed the subject and how we could speed it up, given its importance to our two economies,” President Mahamadou Issoufou of Niger told journalists during a visit by Beninois President Patrice Talon.

It is proposed to look to China for further financial investment in the transpost infrastructure in this part of Africa, but it will also need to be the subject of major commitment by the relevanrt political stakeholders.

As a landlocked country, Niger’s trade with Benin, which has access to the sea, could be enhanced by a rail link between the two nations.
A completed West African rail network linking all members of the West African Economic and Monetary Union, UEMAO – will not only assist in boosting sub-regional trade, but will also invigorate regional integration. China has alrerady funded and completed a number of rail projects in Nigeria, Ethiopia, Djibouti, Kenya and Zambia.

ALPHA provides excellent advice and assistance to all companies interested in doing business in West Africa and across the entire continent. The African Port Hub digital magazine also provides a gateway to the continent’s major logistics routes and covers a wide range of issues, including rail transport. All enquiries about advertising in this prestigious magazine are welcome. Contact info@alphaports.com